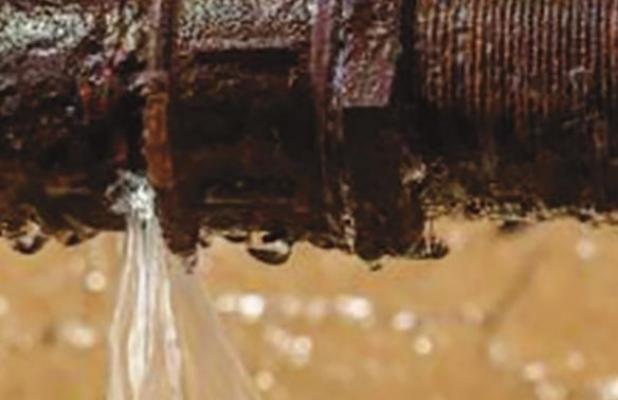 Governor steps into quick action
Excuse me for just a moment while I make a public plea to U.S. Senator Ted Cruz: “Call me next time, Ted, for free advice before you actually do something stupid. I can save you some pain.” ... 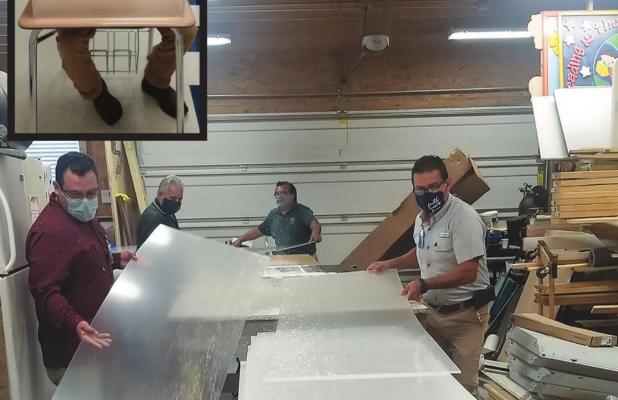 Vanguard works to assure parents that safety measures have been implemented
You can probably call public education and what has, or hasn’t, happened to it, one of the greatest tragedies of our time. Can anyone dispute that? \ ... 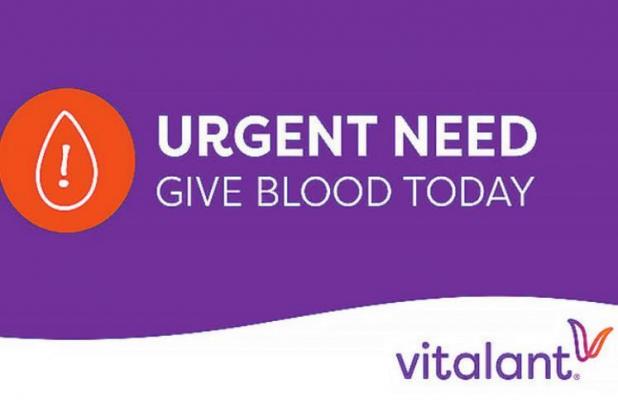 Your Plasma May Help Patients Battling COVID-19
Have you Fully recovered from COVID-19 – and at least 28 days symptom free? ... 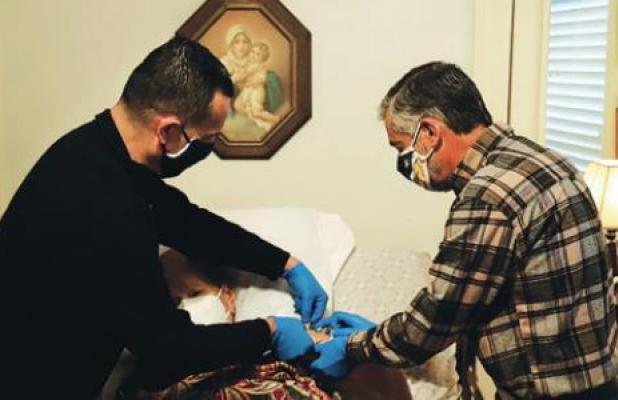 Pharr Launches
PHARR - This past Saturday, the City of Pharr launched “Operation Senior Care,” an event focused on administering COVID-19 vaccines directly to seniors at their homes.  ... 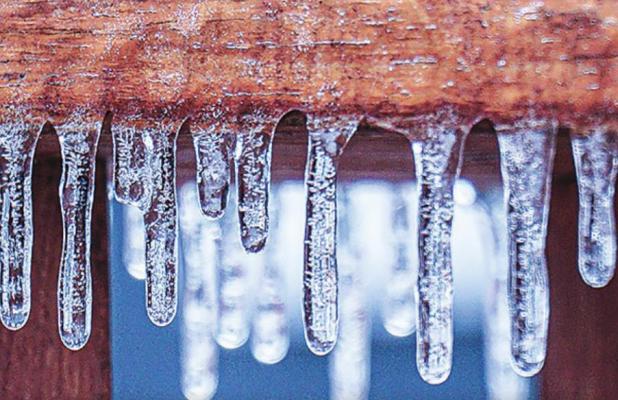 Who’s to Blame? Rolling Blackouts don’t last 30 hours or more
Residents in Hidalgo County who use both Magic Valley and AEP as their electric provider were reporting Tuesday afternoon that their electricity has been completely shut off for more than 24 hours. ... 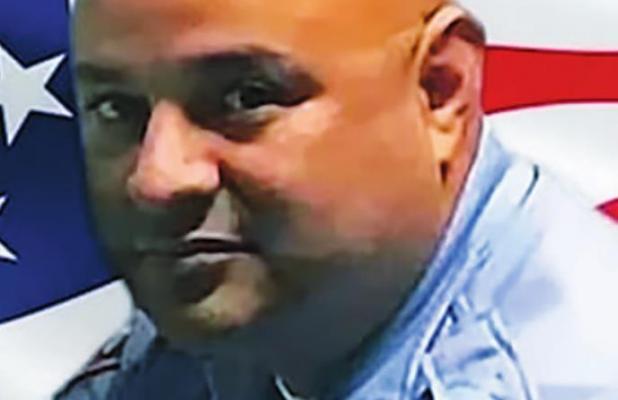 *All numbers are subject to update and review

Eight deaths related to COVID-19 reported in Hidalgo County along with 807 positive cases.

Twelve deaths related to COVID-19 reported in Hidalgo County along with 853 positive cases.

Excuse me for just a moment while I make a public plea to U.S. Senator Ted Cruz: “Call me next time, Ted, for free advice before you actually do something stupid. I can save you some pain.”

I mean, was it his wife, a Goldman Sachs managing director, God bless her, who said to him last week during the middle of a devastating Texas freeze: “Hey, Ted, honey, I have an idea. Why don’t we all go to Cancun for a vacay and get away from this dreadful cold?”

Vanguard works to assure parents that safety measures have been implemented

You can probably call public education and what has, or hasn’t, happened to it, one of the greatest tragedies of our time. Can anyone dispute that? Of course, you have to add to that the approximate 500,000 Americans who have died from COVID-19, which exceeds the number killed in WWI, WWII, and the Viet Nam War combined.

Have you Fully recovered from COVID-19 – and at least 28 days symptom free?

If you had a positive COVID test OR have a confirmed positive Vitalant COVID-19 supplemental antibody test, your plasma may be able to help COVID patients.*

NOTE: Donors must meet all other eligibility requirements to qualify. Please do not donate blood if you are not feeling well. Blood donors are NOT tested for active coronavirus infection.

PHARR – As part of its commitment to maintain health and safety at the forefront, Pharr-San Juan-Alamo ISD (PSJA ISD) is once again participating in the annual It’s Time Texas Community Challenge.

Aware of the importance of health and wellness, especially during the pandemic, thousands of PSJA ISD employees, students, and parents are taking on the statewide health competition that mobilizes communities to adopt healthy lifestyles.

Dig the Botoxed chick with the 5-inch eyelashes

PSJA Memorial Head Football Coach David Brown II announced last Friday via Twitter that he has resigned his position after a 0-14 two-year record: “Hopefully over the past two years here I have positively impacted enough people to inspire them to do the same to others,” Brown tweeted.

Brady is the GOAT

Is there any real money in bookmaking? Maybe I need to look into it. Go to Reynosa and announce my presence to gamblers around the Plaza. Cops won’t bother me there, and thankfully, there is no criminal element that might object to my taking pesos off of would-be drug buyers. The cartel guys might even place some bets, and I’m betting they take it well when they lose.

Texas often prides itself on being a low-regulation state that puts the free market ahead of all else. While this approach does work in some situations, often on a short-term basis, it can also have dire consequences as demonstrated by millions of Texans left without power and/or water.

When James Tiberius Kirk attended the Star Fleet Academy, he was required by the school to take a test that had been constructed so it was impossible to win. Kirk, however, did not believe there was such a thing as a no-win scenario. He, therefore, introduced a virus into the computer software and defeated the Klingons in the ensuing virtual confrontation by cheating. We see that same thing happening today except that the Klingons have been replaced by government apparatchiks.

Warmer temperatures over the weekend and continuing this week melted most of the snow from the state’s roadways and roofs. But Texans are still dealing with broken pipes that flooded homes and businesses, damaged municipal water systems, and continued power outages in scattered areas, mainly in East and Central Texas.

The Traveling Wilburys - End Of The Line

You don’t want to catch COVID-19

ALAMO - To enhance exhibit displays and purchase needed equipment, the Friends of the City of Alamo Museum will be holding an outdoor fundraising rummage sale Saturday, March 6, from 7 a.m. to 1 p.m. at 130 South Eighth Street, Alamo.

The rummage sale will include household items, furniture, some clothing, etc. Donations of items are being accepted from the public.

By being selected as Chair, House Committee on Transportation, Rep. Terry Canales, D-Edinburg, on Thursday, February 4, 2021, made history again by becoming the first Hispanic state lawmaker to lead that influential group of 12 fellow state representatives.

His reappointment by Texas Speaker of the House Dade Phelan, R-Orange, also demonstrates Canales’ ability to work with the state’s Democratic and Republican leadership at the highest level of state government.

By David A. Diaz

You might fall for their roly poly round bodies on short, chubby legs, their eagerness to approach life as one big playground, or for that intent look in their eyes that seems to say they would follow you anywhere and do anything in their impressive arsenal of Puppy Powers to make you happy, but what will keep you hooked is the joy you feel every day, sharing your life with a dog.

Amparo loved her family immensely and found joy in caring for them by cooking their favorite meals and sharing conversation. Her greatest gifts were her enveloping love and kindness. She was a beautiful role model to her admiring family.